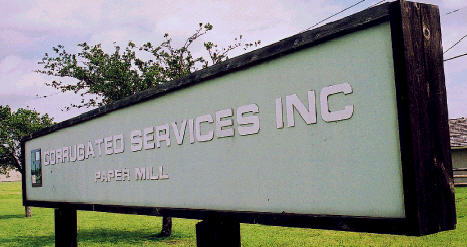 Corrugated Services LP (CSLP), located in Forney, Texas was founded by Jones Felvey, a former box producer, who grew convinced that he could offer a better quality product and provide superior service than his suppliers. He proved it by assembling discarded mill equipment at a greenfield site 20 miles east of Dallas and launching CSLP in 1974.

CSLP’s production of recycled medium reached 50 tpd by the end of the first year in operation. Production equipment was updated year by year, capped with the installation of a 174-inch Overmeccanica linerboard machine in April 1996, running basis weights ranging from 26# to 62#. CSLP’s new machine utilizes the two-ply mini-fourdrinier design, using 100% recycled furnish in both plies. Employing a total of 49 drying cans, plus two presses and one steam box at the wet end, the linerboard plant runs 24/7, achieving an annual production of better than 200,000 tons.

As the 1990’s drew to a close, CSLP began looking for an effective method of expanding production without making substantive changes to the existing machine. It chose two different technologies using one fuel source: Natural gas.

A project team led by Rick Parker, CSLP Vice-President, Production, targeted more efficient drying as the best method of boosting production without drastically modifying the existing facility. Extending the dry end was the most obvious solution, but adding additional steam cans was discarded as an option; besides substantial equipment modifications and extended plant shutdown, this would also require additional boiler capacity – a major capital-cost investment.

IR drying, using natural gas, was the logical alternative, and Parker steered the team in that direction. “We were looking for the biggest bang for our buck,” Parker says. “Something that wouldn’t seriously alter the plant as it stood, and would let us increase speed and production by ten to fifteen percent.” He and the company found the solution by combining two contrasting applications of natural gas-fired IR dryers – the first installation of its kind in the industry.

A Krieger K6500 IR hood dryer was selected and located above the 27th can. Operating at 1050°C (1920°F), the unit’s metal emitters achieve 54 percent efficiency while shrugging off the effects of debris and periodic wash-downs. “It was a matter of matching design qualities to needs,” says Joe Gomes, Krieger Applications Engineer, who oversaw the installation. “Ceramic emitters operate about 150°C hotter than metal, and fiber designs have quicker cool-down. CSLP emphasized ruggedness in this instance, so that dictated metal emitters.” The metal designs are insensitive to water and coating splashes as well as air streams, and are impassive to thermal shock.

Each emitter, measuring approximately 6 by 8 inches, includes 54 flame nozzles. Performance can be modulated within a range of 40 to 100 percent. Total heat input from the unit is 1,980,000 BTU/hr, putting 1,069,200 BTU/hr into the sheet using natural gas at a manifold pressure of 7 to 8 inches of water. The installation employs a 40 HP circulation fan and 15 HP combustion fan.

In addition to ruggedness and reliability, CSLP set three additional specs for the IR dryer: a temperature target (which the metal emitters achieved); dimensions to suit the limited space available; and drying performance to match the line’s anticipated higher speed. CSLP also specified tight safety features to limit the possibility of fires, and wanted relatively fast removal and reinstallation of the unit, for inspection and maintenance when necessary. 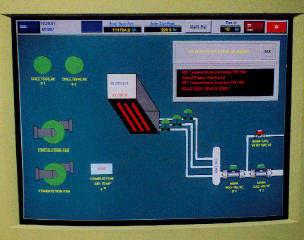 Safety devices installed on the Krieger unit include an automatic fire suppression system. When a sheet break is sensed, the dryer cuts fuel flow and a pneumatic cylinder retracts the dryer hood. The exhaust air damper closes and supply air is maximized to cool the system until production is resumed.

The addition of the Krieger unit enabled CSLP to increase machine speed about 1.5 percent. 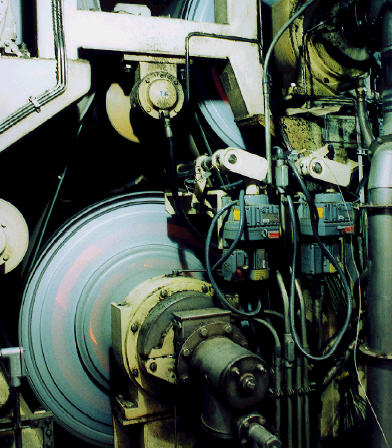 Along with the Krieger IR hood dryer, CSLP installed four ABB natural gas IR-heated dryers – the first time both systems were installed on the same machine. Unlike pressurized steam cans, the ABB design employs segmented internal ceramic burners to generate heat on the can surface. A gas/air mixture is fed to the burners, located along the turning axis of each drum. The resulting surface temperature of 550°F is almost twice as high as the hottest pressurized-steam cans.

While the ABB dryers appeared to be the ideal solution to satisfy CSLP’s quest for higher production, Rick Parker needed assurance that the technology was sound, and that targeted increases in machine speed could be achieved. Parker visited the only other North American installation of the ABB dryers, in Albany, Oregon to obtain their evaluation of the units. 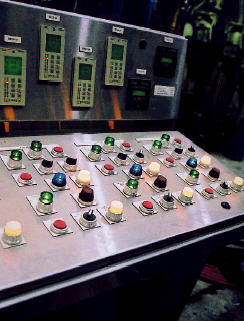 “Operating people in the paper industry help each other out,” Parker notes, “and the folks in Oregon were pleased to give me the straight goods on the ABB dryers. They had been running the units for about five years and were sincerely pleased with their operation. Naturally, this added to our comfort level in considering their installation. When ABB guaranteed that the IR-heated drums would boost our speed by 15.8 percent, we made the decision to go forward.” 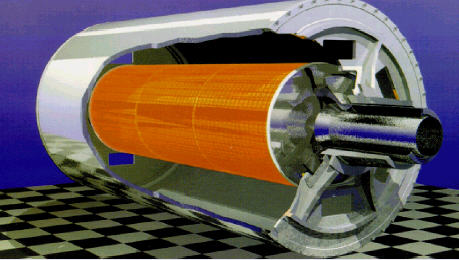 The five-foot diameter ABB drums were located at positions 37 and 38, and 43 and 44. Set between steam cans, the dryers are felt-driven, not powered. Each 6.2 million BTUs/hr dryer operates independently from the others, with separate PLC controls and gas trains. Individual PLC units control temperature and internal pressure of its designated cylinder, as well as the temperature of recovered heated air being supplied to the pocket ventilation system and other critical factors. The set temperature is maintained by the PLC; in the event of a sheet break, the units shut off and restart when the sheet is detected again. 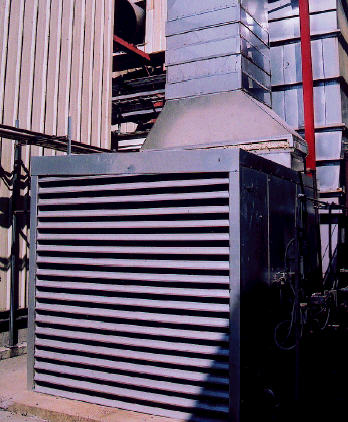 Exhaust air from the ABB dryers is released at more than 1000°F and is then tempered with outside air to a temperature of 400°F. This 400°F air is introduced into the pocket vent system where it is further tempered to 210°F to be used in the dryer section, where it reduces the need for an additional burner in the pocket vent, leading to substantial fuel savings.

“We did extensive testing on these units at our facility in Montreal,” explains Dave Gamble, ABB Technical Manager, Flakt Drying Division. “The test results formed the basis of our 15.8 percent guarantee. We also recommended that CSLP run a Kevlar®-based material in place of regular felts to handle the higher drum temperatures.”

“Saving fuel was a big factor in choosing IR dryers over a bigger or additional boiler,” explains Parker. “Boilers aren’t nearly as efficient in these applications as gas dryers, and we would never be able to achieve 90 percent heat efficiency with any other method.” 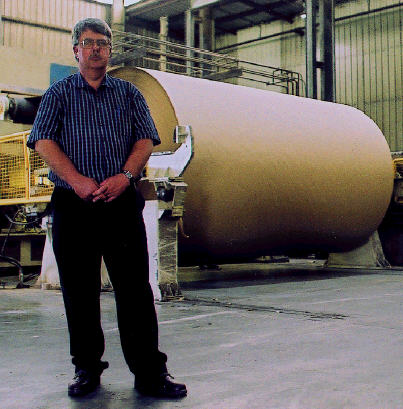 Both the Krieger and ABB systems were installed in June 2001, with full start-up in early August of that year. Contractor for the changeover was Trinity Contractors, Inc., a division of Encompass.

CSLP has experienced no major problems with either system, and have noted a 17 percent increase in production directly attributed to the natural gas IR drying systems.

“We have maintained or improved the quality of our product” says Rick Parker. “Our machine speed is up to 2500 feet per minute on lighter grades of paper. We’re quite happy with the performance of both dryers and, of course, with the increased production we’re enjoying. We would never be able to achieve 90 percent heat efficiency with any other method.”